The Zwarte Cross (Black Cross) festival is a bizarre mix of motocross, music, stunts, theatre, humour and a great deal of show and spectacle. The gathering of these seemingly totally different worlds creates a festival that is unique worldwide (!). The clear association with the ‘Achterhoek’ where the festival takes place is demonstrated by the characteristic welcome and hospitality of this region where young and old still celebrate together. Between the first event (1,000 visitors) and the most recent event in 2015 (197,450 visitors), one thing has become clear for visitors and organisers alike: Nothing is impossible!

Since 2007, InterStage has built around 30 indoor and outdoor stages and a large number of supplementary constructions on the Zwarte Cross on behalf of De Feestfabriek. The main stage on the Zwarte Cross is the Spaceroof IS280, alongside several indoor and outdoor stages, dozens of entrance gates, decorative towers, public stairways and footbridges.

Every year there is a special “stunt”. In 2009 a 70 metre high stunt tower was built from which motorcyclists with parachutes jumped, in 2012 the motorcyclists jumped over the main stage. 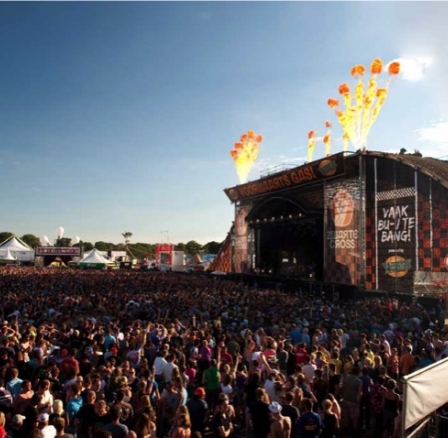 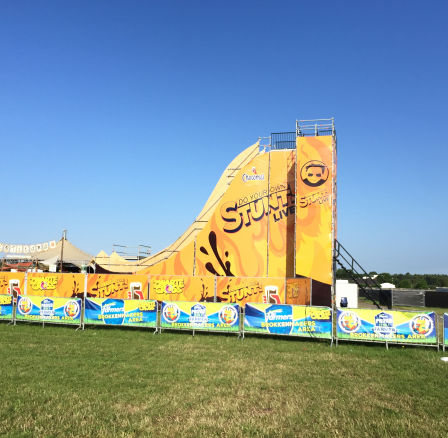 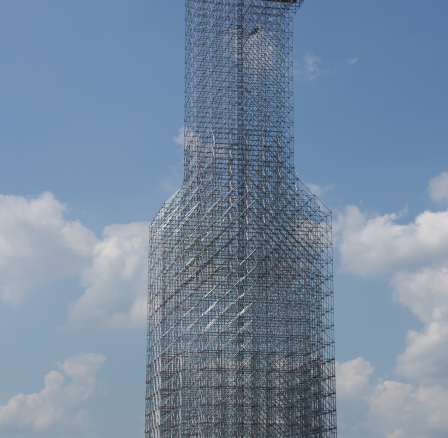 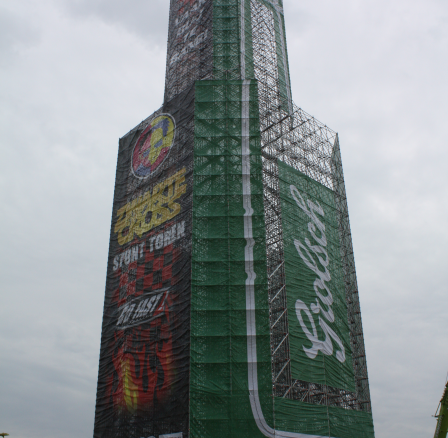 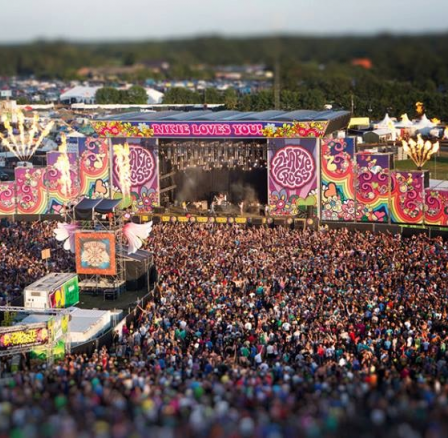 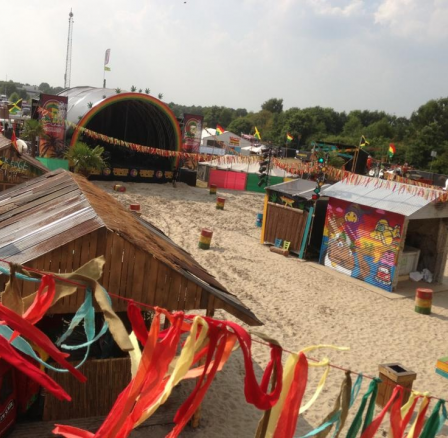 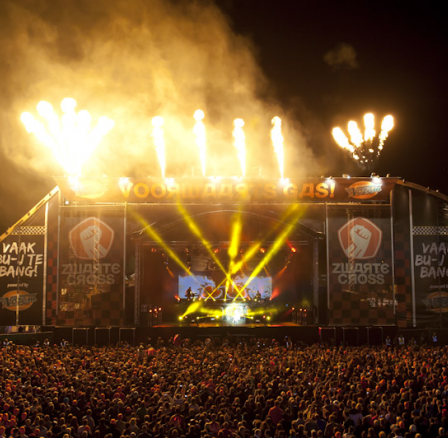 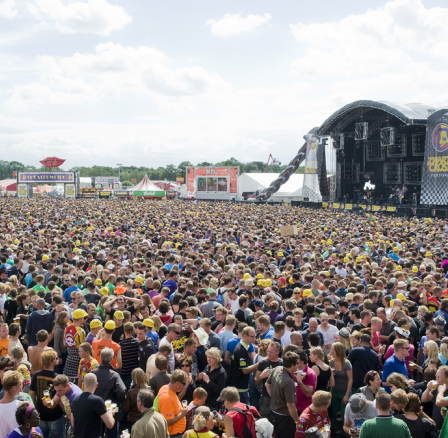 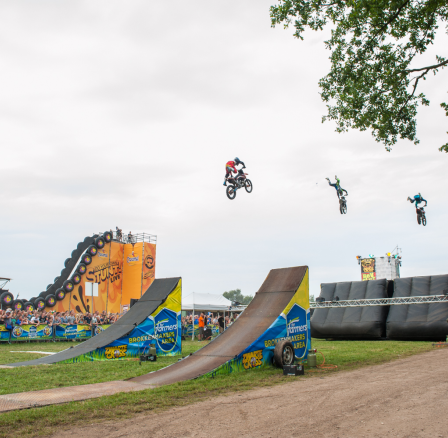 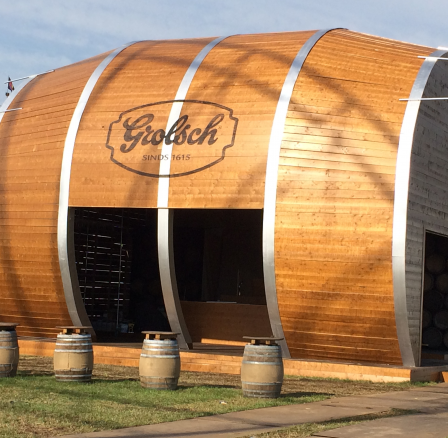 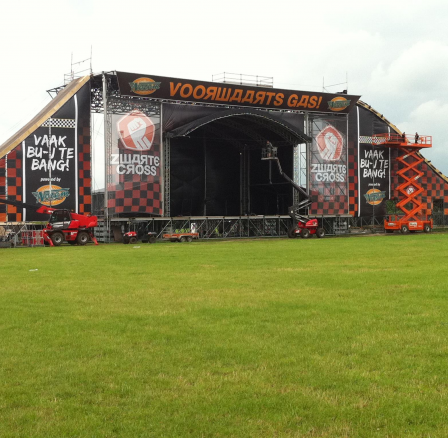 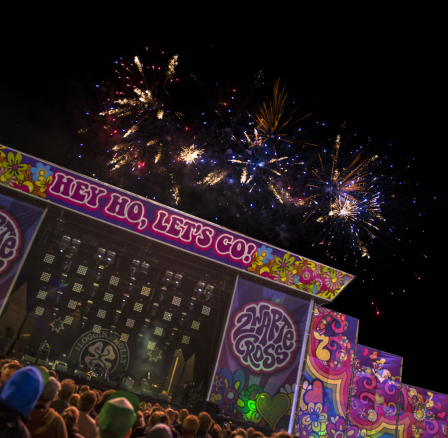 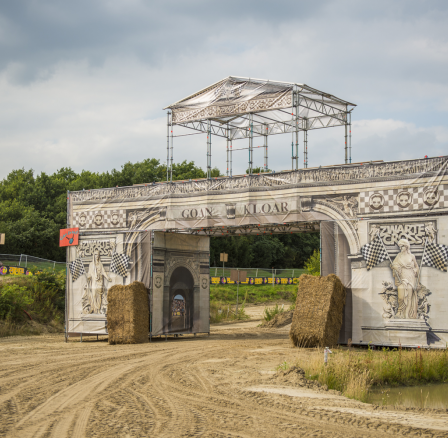 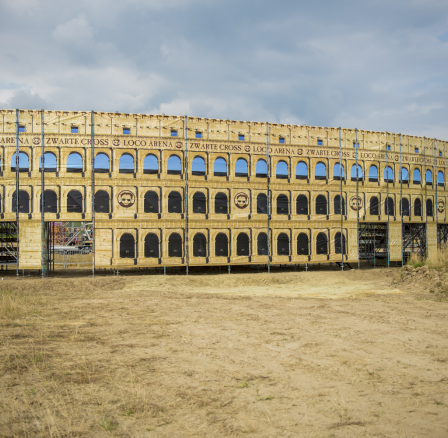 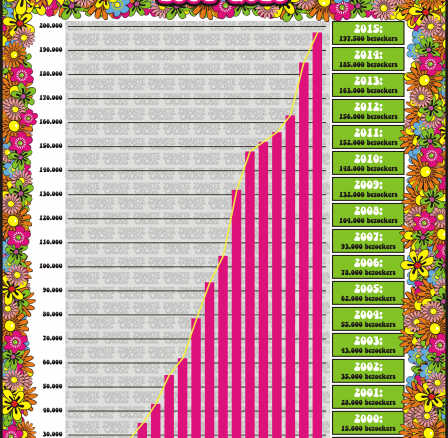 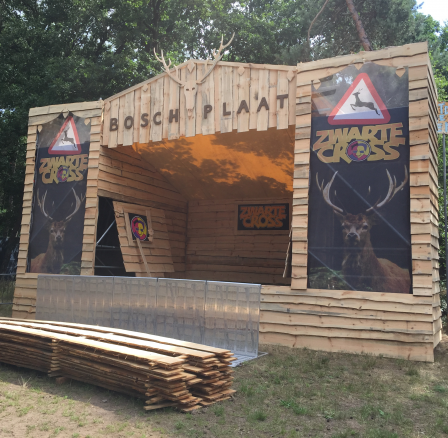 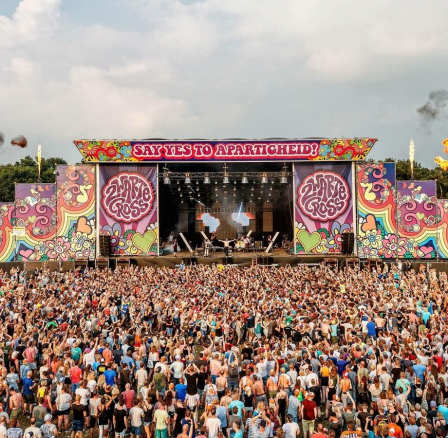 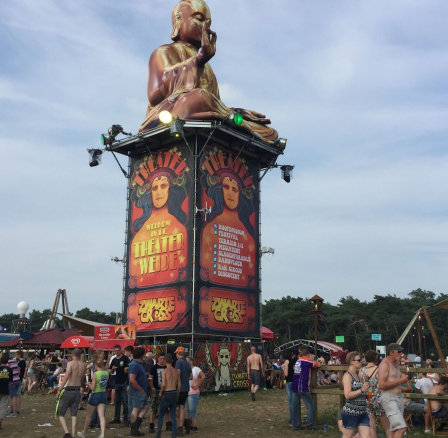 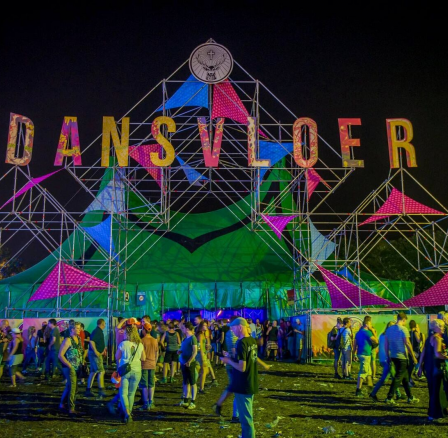 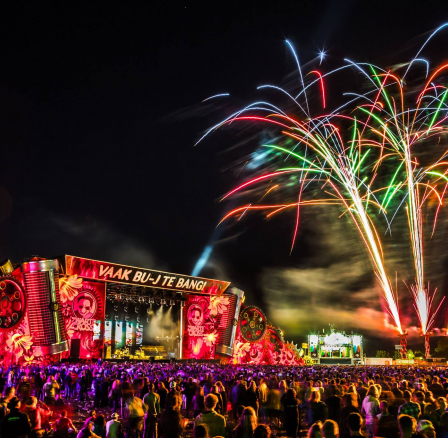 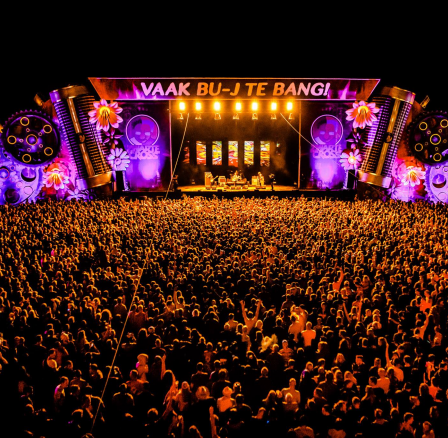 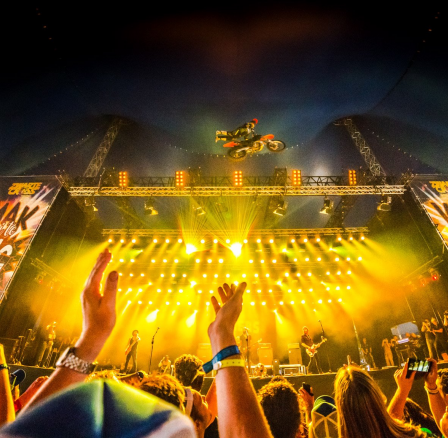 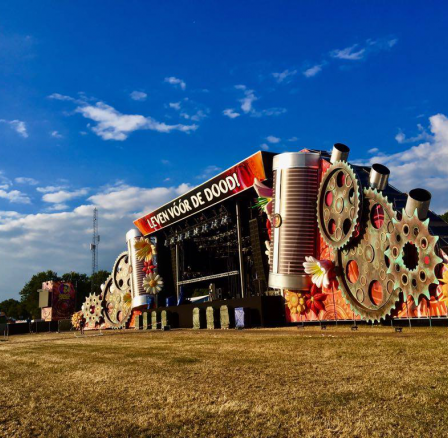